I was interviewed by Emma Barnett on BBC radio about the British troop deployments to the Baltic announced yesterday.  We are all worried about the deterioration in relations between Russia and the West.  The use of the military to deter aggression is an important tool of diplomacy, but should not be taken as an imminent sign of War.  See Chapter 2 of Belfast to Benghazi for a sense of what it was like to serve on the front line during the Second Cold War; the period of heightened tension from the Soviet invasion of Afghanistan in 1979 to the time of Glasnost and Perestroika. 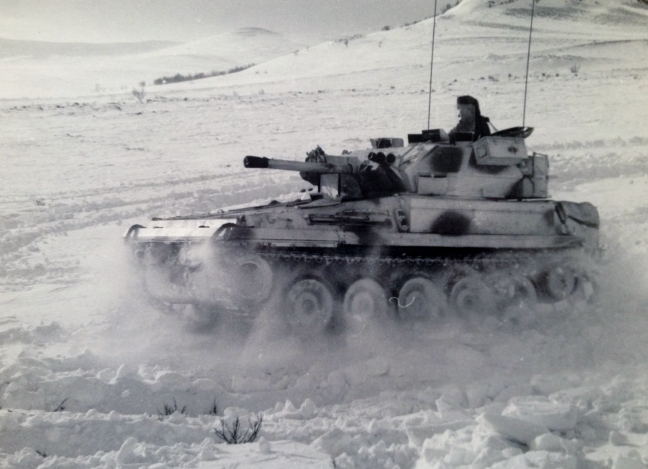 The 17th/21st Lancers patrolling in the Arctic during the Cold War.