Presenting a book to The Prince George Galitzine Memorial Library on Fontanka, St Petersburg in appreciation for their help when I was researching the stories in Churchill’s Abandoned Prisoners.

…the legendary future general, Brian Horrocks, arrived in Omsk with eight other young captains, who were part of Churchill’s volunteers to help Admiral Kolchak defeat the Red Army.  Among the group was his best friend, who would care for Horrocks when he succumbed to epidemic typhus in Krasnoyarsk and the British spy with Admiral Kolchak at his execution, who wrote the four page secret report presented to the British Cabinet by Winston Churchill in June 1920.  For further details, see Chapter 9 of Churchill’s Abandoned Prisoners. 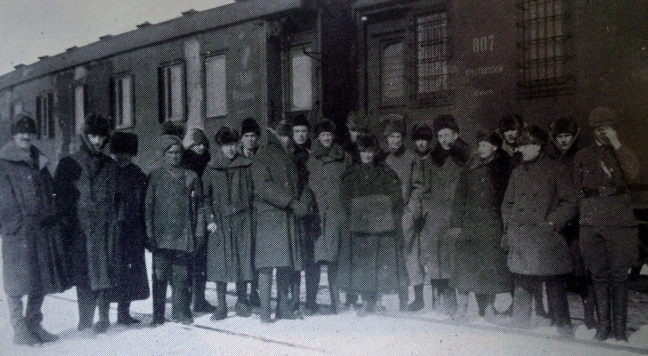 …told the Prime Minister “we have a tremendous chance of securing the future of Russia as a civilised democratic state”.

At the time, Captain Tom Jameson was earning the DSO for his outstanding leadership fighting the Bolsheviks on the River Kama, the Hampshire Regiment was forming the Anglo-Russian Brigade in Ekaterinburg and tens of thousands of tons of British arms and supplies were en route to Admiral Kolchak’s White Army along the Trans-Siberian Railway.

For Winston Churchill, the key to success was for President Woodrow Wilson to change his policy of impartiality and he managed to get the State Department to send the American military commander on a fact finding mission to Omsk.  Read what happened when General Graves took his Cadillac to the front line in Chapter 6 of Churchill’s Abandoned Prisoners. 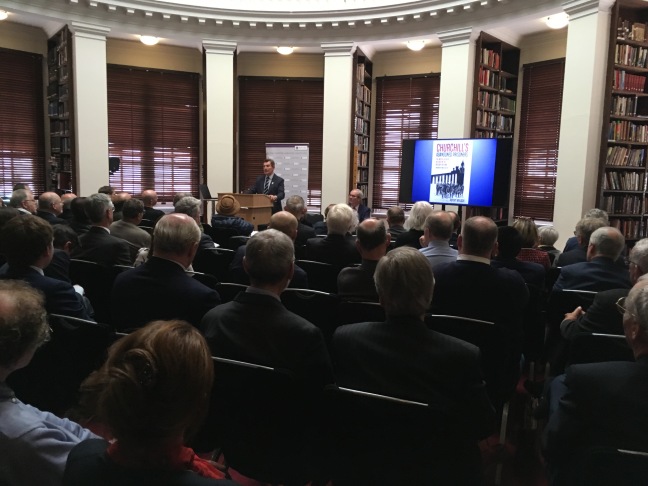 Next week, I will be giving talks at the Royal United Services Institute in London on Wednesday 8 May and at Hart’s Bookshop in Saffron Walden on Thursday 9 May.  Tickets for the Hart’s talk are available over the telephone (01799 524 552), or on their website at: