Congratulations to the British Red Cross for their magnificent humanitarian deeds since 1870.

Many Red Cross volunteers served abroad in World War I after permission was granted by the War Office for them to work with the Royal Army Medical Corps.  Some of these courageous medics journeyed to Russia with the British Military Missions, or to the two Anglo-Russian hospitals in Petrograd.

Lady Muriel Paget and Lady Sybil Grey opened a hospital on Nevski Prospekt in 1916 for severely wounded soldiers and followed this up with field hospitals in the Ukraine, where British nurses witnessed the misery of the Eastern Front.  Across the Neva river, the British Colony Hospital continued to look after patients when the Dmitri closed down after the revolution.  The matron, Mrs Violet Froom was described as Ambassador, Parson and everything combined in a Government report.  It is certainly true that Captain Brian Horrocks and the last British prisoners-of-war were extremely grateful for the care and comforts that she provided when they passed through in October 1920. 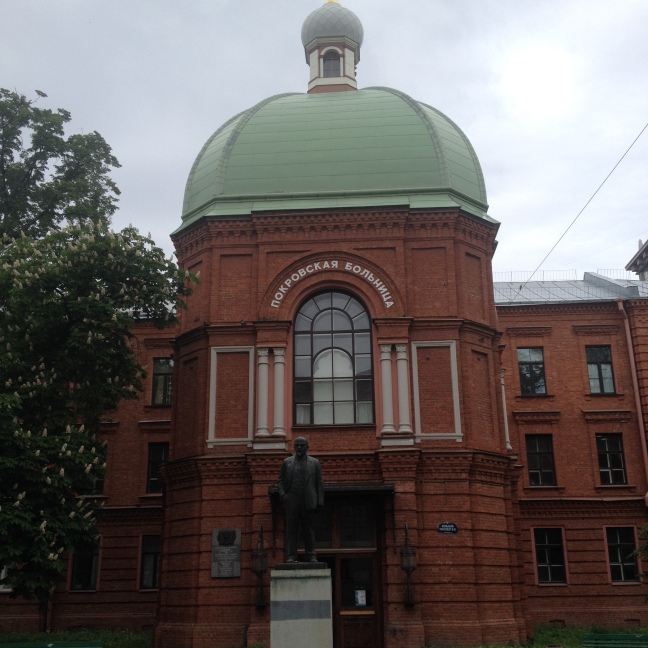 The British Colony Hospital on the Vassily Ostroff in 2019